I don't know about you but apples say fall to me. I had some apples that needed to be used. They were starting to get soft and have that wrinkly skin. The wheels were turning about what to do with these. I looked up a couple of ideas and then went into the kitchen to get busy. 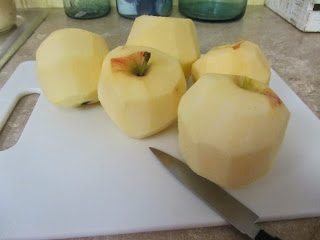 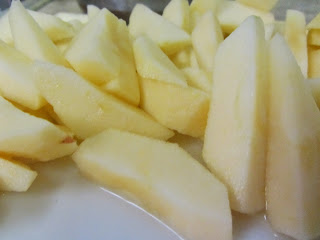 Place apples in a sauce pan.  Add sugar, cinnamon, and vanilla.  Mix water with cornstarch and add to mixture.  Mix all ingredients together and then bring to a boil.  Boil for 5 minutes; stirring constantly.  Reduce head to low and cook until syrup is thick and apples are tender. 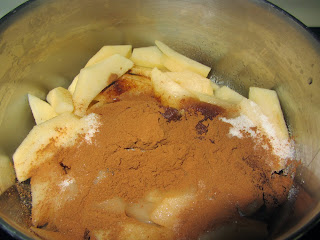 You may be looking at the picture above and thinking that is more then a teaspoon of cinnamon.  You would be correct.  I added a tablespoon and it was more cinnamon then I like so I would suggest only a teaspoon.  Live and learn! :) 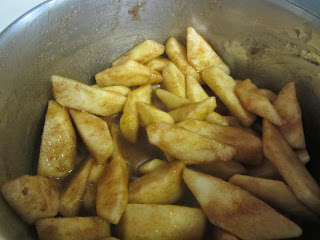 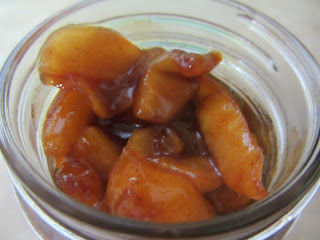 After a little taste test. I placed these in a jar to be used this weekend. 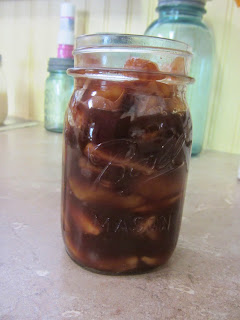 Here are a few ideas of how to use these:  over pancakes, waffles or french toast.  As a topping for ice cream or simmered over pork chops when they are just about done.  I might add some chopped pecans to the chops also!