This weekend was all about the kitchen. Chuck was busy installing the new ceiling. Here is a during picture. You can see the ugly tiles that were there before. 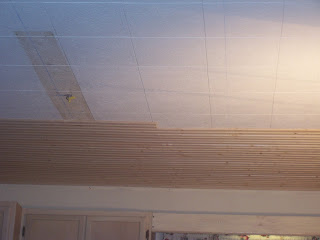 While Megan napped I worked on cleaning out my kitchen cabinets. I ended up removing two boxes of stuff. Here are a couple of before and after pictures. 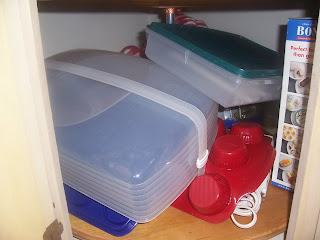 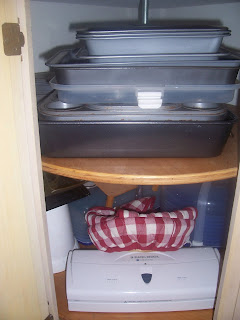 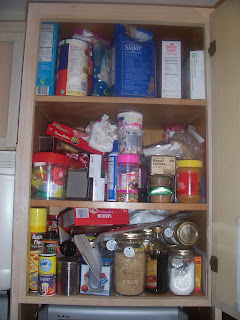 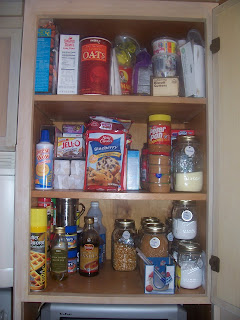 This cabinet is next to my stove. It holds baking supplies and spices. It had become neglected and I was just stashing stuff instead of putting it away. I consolidated a few items, but other then that everything went back in. Just neatly! It really pays to be organized. I had just bought a new jar of peanut butter thinking we were almost out. I found an unopened jar of peanut butter hiding in the mess. Sigh!

I just need to clean out two utensil drawers and then I can mark the kitchen's hidden areas off my list.

I am also happy to report that the ceiling is now completely installed. Now the fun painting part begins. Have a great Monday!